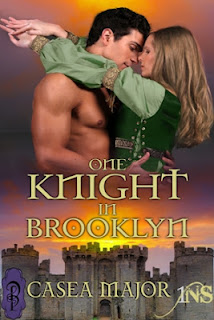 After signing up for a one-night stand through an exclusive matching agency, hopeless romantic Marianne Caldwell is swept away to a medieval land where she hopes to spend the night with a worthy man of honor.Unsure of how she got from the Castillo Hotel in Las Vegas to a castle in the English countryside, Mare finds Robert, whose stunning physique and winning smile immediately convince her he's the Robin Hood she's been seeking. But despite his efforts saving her from a corrupt sheriff, his Jersey Shore accent and coarse ways unravel her romantic visions.With her fairytale fantasies coming unhinged, Mare must decide if Robert is just a crass car salesman from Brooklyn or the chivalrous knight she's looking for.

Get it free on Amazon 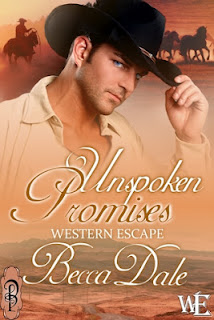 Billie Jensen hates liars and cheats. She’s spent her entire life watching her mother forgive the unforgivable with just a few words from a smooth-talking man. So different from her father, Officer Treynor Pandoah seems like everything Bille has ever wanted—quiet, solid, and truthful—until he snuggles up to another woman on Valentine’s Day. He says her eyes lied, but how can she trust a man who won’t share what’s in his heart?Treynor’s done waiting for Billie to forgive him for something he didn’t do. A man shouldn’t have to explain himself to the woman he loves, but if he can’t find the words to take the tears from her eyes, he could lose her to Unspoken Promises.

Get it free from on B&N or Smashwords