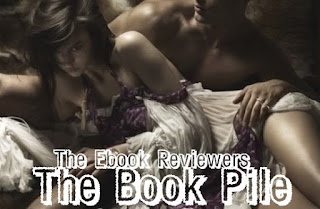 First things first a note to YA blog followers: This post has nothing to do with the YA Blogger drama earlier in the week; because of my content I am not uh I can't participate in  IMM. So I made up my own. As for the drama I take no stance in that shitstorm, i'm neutral and I'd like to stay that way. So no nasty comments on my blog thank you very much. A simple reminder that we're a drama free zone.

Now onto The Book Pile

Yeah, I know those two surely are not books, and I don't think they've been reading either. However, in-case you hadn't noticed I review mostly erotica.

So this is my these are "the titles I received in my inbox this week". I've seen YA blogs do these, I didn't join in because they're YA, I don't generally do YA,  I do mostly erotica, I can't exactly link my (insert inbox/mailbox meme here) post to theirs. So I'm gonna do my own thing, and if any of you know of any 18+ blogs that does meme like this, please point me in their direction. So I'm not by myself. Or you can join me, so I'm not by myself.

The point of this meme is to show what I've received, bought, borrowed, etc, and in my case so you can see what I get on a weekly basis. You should of seen what I got last week! This week though I safely stayed away from the bookstore and the library.

Also there are three 1 Night Stand Series in the Pile, look for those reviews on Thursdays, one each Thursday (starting this week)

eBooks I received this week, it's gonna be a long one.

Want
Julianne counts the days until she can pack her bags and leave her old-money, tradition-bound Southern town where appearance is everything and secrecy is a way of life. A piano virtuoso, she dreams of attending a prestigious music school in Boston. Failure is not an option, so she enlists the help of New England Conservatory graduate Isaac Laroche. Julianne can’t understand why Isaac suddenly gave up Boston’s music scene to return to the South. He doesn’t know her life depends on escaping it before she inherits her mother’s madness. Isaac knows he must resist his attraction to a student ten years his junior, but loneliness and jealousy threaten his resolve. Their indiscretion at a Mardi Gras ball—the pinnacle event for Mobile’s elite—forces their present wants and needs to collide with sins of the past. Will Julianne accept the help she’s offered and get everything she ever wanted, or will she self-destruct and take Isaac down with her?


As dreams come alive, trouble lurks around the corner.

When Neela Raymond and three of her college girlfriends take a camping trip over spring break, they're abducted by a group of men and held captive for a week. At least that's what Neela's been told—she can't remember any details of the horrifying event. But one thing is very apparent—during that week she became pregnant. Afraid of the possibilities, Neela finds it difficult to attend classes, eat, or sleep.

When Neela finally falls asleep, she wakes in a dream world, where she finds Gabe O'Shay. Though she can't remember him either, something in her recognizes him.

Gabe and Neela are best friends of a different sort. Created in Neela's mind when she was just a child, Gabe has always been her dream friend, growing as she did, to eventually become the man of her dreams.

With Gabe's help, Neela's memory begins to return, and ugly truths emerge. Snagged in a violent, illegal scheme, Neela will have to struggle for survival. The nightmare is not over yet.

Meanwhile, Gabe has managed to find a tear between the dream world and the real world, but will he arrive too late to help his Neela?

Forgotten Memories
For some people ghosts are everywhere…

When rebuilding an old ghost town, a few ghosts shouldn't be a surprise. And for Jen Ferguson, history professor and psychic, it's par for the course. But ghosts aren't her main worry.

After a disastrous affair, which has affected her job at the college, Jen promised her grandfather—the most important person in her life—that she would stay away from men until the end of the semester. That's a promise she's determined to keep, but when she meets rancher Adam Craine, it becomes a struggle. Adam's sexy and flirty, and her psychic abilities are telling her that he might possess a very important quality the previous men in her life had been lacking…he can be trusted.

It's a daily battle for Jen to keep her hands off of him, but she believes she can do it…until two of Winter Creek's ghostly residents decide to up the stakes by possessing Jen and Adam's bodies. How can Jen keep her promise with these two passionate spirits interfering?

And if all that's not enough to deal with, now she's having premonitions of danger which could lead to the destruction of Winter Creek.

Razel Dazzle
Will she let down her hair for the man of her fantasies?

Famous for her long, golden hair and beaming smile, Razel is the hottest model in town. But although most women would die to break into this career, Razel's life is limited by rules. None of which bothered her until she meets Matthew Prince, a new photographer in the business.

Razel refuses to let her mother/agent strict rules stop her from spending one night with the man of her desires. But she quickly discovers that one night with Matthew isn't enough, and being with him is something she definitely wants in life.

But how will she break the tight restraints of her wicked mother?

Sensation Play (1 Night Stand Series)
Retired German cage fighter, Jonas Becker, has finally settled down in Las Vegas to open his own training center. A chance meeting with his dream woman at a charity ball leads him to hanging out at her favorite coffee shop where he overhears the perfect opportunity to win her over. One orgasm at a time.Erica Alman is sick of her overprotective older brother's ruining her love life, especially after they chased away that amazing mystery man that she had danced with a the charity ball six months ago. With the help of her best friend, she signs up with the 1 Night Stand dating service. Her request is simple. She wants a dangerous, rough man to fake break into her hotel room at the Castillo resort and force her to have multiple orgasms. Oh, and she wants the man to be big, bald, and have a German accent, just like Jonas.Using every ounce of his skill as an experienced Dom, Jonas hopes to win Erica over before the night ends. He can only hope that the pleasure he can bring her will make the beautiful woman look past his scarred and battered exterior to the man within who can give her sensations like no other.

Absolution (The Honor Guard Series)
Eva can't believe Joseph dares to show his face after he cheated on her with a stripper. She kicked him out, and despite his claims of being assigned to protect her from the Cartel, she has no desire to let him back in. Her life very well might be in danger, but she fears more for the safety of her heart.Six weeks ago, Joseph's life with Eva was decimated. Every day since, he's fought to win back her love. But everything conspires against him. Even her father has kept them apart...until Eva's life is jeopardized. Joseph could care less if she despises the very thought of him being by her side. His duty is to keep her alive, even if being her bodyguard ends up being the death of him.Can they put their painful history aside and work together against her enemy? Or will the past prove too strong to be overcome?

Lily Dansen refuses to date vampires. The last time she trusted a one, he turned her. She agrees to a date arranged by 1Night Stand, believing that a quick tryst is all that’s left for her.

A 376-year-old half-vampire, half human Luc Fortier can’t continue to satisfy the vampire fantasies of young ladies while his dreams go unfulfilled. He vows to bedazzle one last date before he calls it quits.

Neither Luc nor Lily expect more than an evening of passion, but they haven’t counted on Madame Eve’s superior matchmaking skills.