Betrayed releases on December 15, 2015
Add it on Goodreads

When Ruby discovers what really happened the night of Alan Beauchamp's murder, one thing becomes very clear: time is running out for the people she loves. As she unravels the web of lies and deceit around her, Ruby reveals an unthinkable truth. One with dire repercussions for all.

Can Ruby pull together all the supernatural aspects of her life to foil a diabolical plot, or will she fall victim to an evil unlike any other she has faced?

Haven't started the Caged Series yet? Caged is currently FREE!

"I stood in the middle of the room, unmoving – I barely breathed. My life had just become surreal, impossible, and one enormous lie. I needed to go, to run somewhere, anywhere to beat back the reality that was rapidly closing in around me. The image of him was burned into my retina, flashing over and over again like a warning. He was trapped somewhere between human and decidedly not, and I realized that was my new reality.

I was too."After the death of her parents, Ruby awakens from a lifetime of shadows and finds herself alone, thrust into a world of lies, deceit, betrayal and the supernatural.

As her quest for truth continues to come up short, she realizes that maybe some questions really are best left unanswered.

When her true identity is finally unveiled, she is forced to choose between two of the mysterious men who continually seem to crop up in her life.

Now abandoned, Ruby must learn to call on the darkness within to survive, or spend a hellish eternity imprisoned because of it.

If you're dying to know more about me, allow me to put you at ease. I'm a sharp-tongued, sarcastic cancer, who loves vegetable smoothies, winter storms, and the word "portfolio". I should NEVER be caffeinated, and require at least eight hours of sleep to even resemble a human being. At thirty-four, I just now feel like I can keep a straight face while saying the word "rectum" (which is actually a huge lie because I just laughed out loud while reading this to my husband). I live with my iPod firmly affixed to my body, drive too fast, and laugh/cry at inappropriate times.

The Maddox Brothers by Ella Jade and Lacey Wolfe 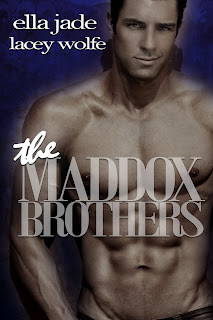 The Maddox Brothers
By Ella Jade and Lacey Wolfe

Get lucky with the Maddox Brothers...

Successful brothers Hudson and Liam Maddox are living the lives they’ve always dreamed of. Neither is looking for a relationship, more interested in keeping their single status with the ladies. That all changes when Kennedy and Chelsea enter their lives.

Hudson
Hudson has been focusing on his career and building a solid business in the real estate industry. The charismatic attorney has recently been named the most eligible bachelor in town. He's never been interested in settling down until he collides with the easygoing Kennedy. She invades his orderly life in a matter of days. Has this carefree younger woman been what's missing in his meticulous world?

Liam
Content with his life, Liam has built his own construction business and takes pride from it's excellent reputation. After having his heart broken years ago, he’s decided not to take any relationship too seriously. But then the woman who tore his heart up years ago returns and hires his company for her home renovations. Trying to keep his cool around Chelsea is damn near impossible. All he has to do is complete the renovation and then never see Chelsea again. As if it was that simple.

Have you joined The Maddox Brothers celebration event? Come celebrate with us on November 15, 2015. Guest authors and giveaways!


Seeking out solitude in which to work, New York City music composer Melissa Carter rents a century-old farmhouse on the Virginia Eastern Shore. There, she meets a loner with rugged good looks and smoldering gray eyes, who has long-term ties to the property. When strange things start occurring at the historic home, the handsome groundskeeper comes to her aid, but is Melissa really safer in his arms?

When Stone Thomas meets a pretty northerner with a musical gift, he's immediately drawn to her. He's also determined to protect her from the increasingly odd happenings at the fifty-acre farm where he's employed. Soon, Stone finds himself wondering whether he and beautiful Melissa might share a future. Yet the secrets of Homecoming Cove threaten to drive them apart.

Her words came out in a whisper. “Thank you for everything. For coming to my rescue, for…” She was saying goodbye, yet her chin tilted toward his and she took a step closer, her lips barely parted, inviting. She peered up at him and met his gaze with a look that was surprisingly heated, decidedly predatory. There was no mistaking it. Melissa wanted him too. That was all the encouragement Stone needed to take her in his arms and bring his mouth down on hers with a hungry desire that surpassed all expectations.

Melissa gasped with delight and sighed into his kiss. Stone’s empty mug slid from her grasp and landed somewhere on the sofa. Stone pressed his eager body to hers and ran his hands up her back, threading his fingers through her hair. She was glorious, beautiful, her gaze sparking with reciprocal passion. Stone groaned and kissed her again, savoring the taste of her, delighting in the sweetness of her body molded to his, as his blood pumped harder and his heart beat like a kettledrum gone out of control. It was more than a kiss; it was like coming home.

“Stone,” she said breathlessly. He opened his eyes to find his cheeks nestled between her palms.

She looked up at him her face flushed with longing. “I think you’d better go.”

Thunder boomed and rain slapped the windowpanes, while the fire hissed and moaned.

“Melissa,” Stone whispered, brushing his lips over hers. “You and me… It’s like… I don’t know.”

NEW YORK TIMES and USA TODAY Bestselling Author Ginny Baird has published novels in print and online and received screenplay options from Hollywood for her family and romantic comedy scripts. She writes touching, often humorous, contemporary romance about single women facing everyday challenges. Known for featuring holidays and family themes in her work, Ginny frequently portrays the struggles of single parents or others who've given up on finding true love.

Ginny has two novella series, The Holiday Brides Series (holiday romance) and The Summer Grooms Series (summer romance), as well as additional single titles available. She is a NEW YORK TIMES and USA TODAY Bestselling Author, a Top 10 Best Seller on Kindle, NOOK and iBooks, and a #1 Best Seller in several Romance and Women's Fiction categories. Visit Ginny's website www.ginnybairdromance.com to learn more about her and her books.

One randomly drawn commenter will receive a $5 Amazon GC. For more chances to win follow the tour. 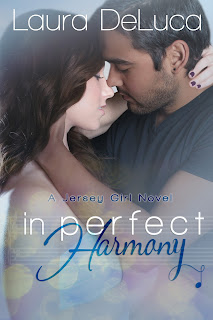 The Adventures of Anabel Axelrod by Tracy Ellen

Meet Anabel Axelrod, a smart, sassy, and sexy small town bookstore owner. She’s also a control enthusiast with quirky ideas, decided convictions, and firm rules for the men who want to date her. When Anabel meets Luke Drake, she is appallingly fascinated to be attracted to the mysterious alpha male like no man before in her extensive dating career. Anabel is right to be wary because Luke does not play by any rules. What do you get when you mix together a witty, confident woman who is a magnet for trouble, a dangerously seductive man with a secret agenda who is not too tall, not too handsome, and definitely dark, fun loving friends with their own set of problems, and a few crazy relatives? The Adventures of Anabel Axelrod! An ongoing series that is part steamy romance, part suspenseful mystery, and always laugh-out-loud fun!

This eBook boxed set of The Adventures of Anabel Axelrod (Volumes I-V Special Holiday Collection) is available for purchase November/December 2015 only and contains the full-length books: A Date with Fate, Courted by Karma, In Love by Design, Adieu to Destiny, and Family & Fortune.

“Look, Luke, if I break my rule about being picked up can you promise not to dismember me on our first date or worse yet, bore me?”

I blinked in disbelief. By the time I recovered to retort, I was talking to the screen door. Stunned, I realized Luke really had left. After a moment of taking this in, I started laughing in rare enjoyment. Our first date could prove very interesting indeed.

Tracy Ellen is happily married and lives with her family in the suburbs of St Paul, Minnesota. She loves writing and living dangerously through the lives of her characters. Tracy’s a firm believer that smart + confident = sexy as hell. But she hopes that’s the only formula you’ll ever find in her unique, steamy, witty, suspenseful, and sometimes incredibly funny romances featuring sassy, independent heroines and their seductively alpha heroes.

Tracy will be awarding a $25 Amazon/BN GC to a randomly drawn winner via rafflecopter during the tour.

For more chances to win follow the tour here.