Corbin's Bend: A Brush of Violet 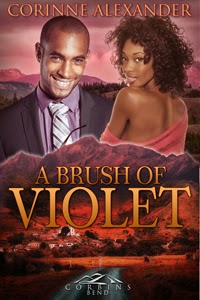 High powered business woman, Violet Walker, has long left her artistic days behind. That is until her best friend, Everleigh Harris, invites her to Corbin's Bend for an art festival. What Everleigh doesn't know is that Violet hasn't been able to paint a single brush stroke since turning her back on her submissive desires and spanking needs in college. When she meets charismatic and drop dead gorgeous Charles her world is turned completely upside down. Will Violet, overworked, burnt out, and in denial of her deepest wants and desires, be able to surrender when love knocks on her door?

Charles Robinson, President of the discipline Board in Corbin’s Bend and longtime resident, adores the community he lives in and the freedom it provides for all who live there. Raised in a traditional family; love and discipline are a way of life for him. There’s nothing he wants more than a marriage just like his parents where spanking and romance go hand in hand, even if that means holdingout for true love. Is Violet just the kind of woman he’s looking for?

Will Violet risk the life she’s built for herself in blood, sweat, and tears for the undeniable connection she has with Charles, the utter bliss and contentment she feels when she’s over his lap? Can Charles convince Violet she really can have it all? Will this trip be just what she needs to rekindle all that she has lost since joining the corporate world?

One of the biggest wishes I’ve come across in the onlinespanko community is the wish for real life friendships with others who are bent the same way. There’s a longing for that sense of camaraderie that comes from having someone who just gets you in your life. Whether you are in a spanking lifestyle, enjoy spanking in the bedroom, or just enjoy reading spanking romance it’s nice to have that person you can share that side of yourself with along with the rest of who you are. How many of us are in the closet to some degree and wish we weren’t even if only for having one other person that we know who can relate?


Violet and Everleigh have just that kind of friendship. As lifelong friends they know just about everything about each other and that includes their unique spanking interests and relationships. Even though Violet had been in denial about that side of herself for a number of years there was still acceptance and support for Everleigh who entered a Domestic Discipline relationship with her fiancé.
Who wouldn’t want to have that fun spanky banter that we get to enjoy with our online friends, but with someone we can have over for a cup of coffee or go out with for a girls (or boys) night out or trick a friend into thinking you got a public spanking like Everleigh did in the scene above. :)

They set her bags down on the bed. “I hope you don’t mind, but I thought we would stay in tonight. I thought we’d enjoy homemade pizza and wine while we had some time to ourselves before I introduce you around tomorrow.”

Violet salivated at the thought of Ever’s homemade pizza. It was not mere homemade pizza from a Jiffy box, it was practically gourmet with fresh ingredients and truly homemade crust. “Yum, that sounds perfect.” Both women cracked up when her stomach rumbled in agreement. “Rest stop refreshments are apparently not cutting it.” She laughed.

“Let’s get you fed before the hungry beast makes an appearance,”

Ever joked, walking toward the kitchen. “I pre-made the pizza so that all we would have to do is heat it up. I wasn’t sure when you would make it in,” she said as she shrugged. “It should only take 10 minutes. How about a glass of wine while we wait?”

“That would be great,” Violet replied as she rolled her shoulders to work the knots out from driving.

The pretty brunette pulled a bottle of wine from the cabinet and one from the refrigerator where it had been chilling. Holding them up she asked, “Shiraz or Chardonnay?”

She watched as the other woman poured first a glass of Shiraz for her and then a glass of Chardonnay for herself. The kitchen wasn’t much to speak of compared to what Everleigh had done with the rest of the house, but she knew better than to underestimate her cooking skills. Sure enough, she pulled out two pizza stones to heat the pizza up with.

Catching Violet watching her, she winked. “We would have asked for special permission to put up an authentic pizza oven in the back, but we didn’t want to push our luck after the board was kind enough to approve a pottery kiln.”

“You’re kidding me.” Violet was blown away. “How did you manage that? I thought this was a housing cooperative. I know how strict those are about allowing any big changes.”

Ever looked at her deadpan. “Oh, it was easy. I just batted my eyelashes and agreed to a public spanking.”

Seeing Violet’s stricken look, she burst with peals of laughter.

“I’m kidding! Oh my God, the look on your face,” she exclaimed, laughing even harder. “In all seriousness, I simply filled out an application. The board is usually willing to make accommodations for self-employment needs as long as it isn’t anything crazy. Plus, I’ve started teaching classes to the kids here.”

“You’re mean to play a trick like that on me when I just got here.” Violet pouted, smacking her friend hard on the shoulder. “This is a spanking community isn’t it?” she asked, giggling despite herself.

“That is pretty great of them to be so accommodating.”

“Yes, it is a spanking community, but business is kept pretty separate, goofy.”

The timer went off and they dug into the piping hot pizza. She was correct in her assumption of gourmet. Slices of fresh tomatoes topped the whole wheat crust with mozzarella, shiitake mushrooms, fresh basil, and grilled chicken. The aroma was out of this world. They grabbed their pizza and wine and went to settle onto the couch. Now this is a couch you can sink into, Violet
thought, reveling in the comfort of the deep cushions.

She took a bite and her teeth sunk into a little slice of heaven.

“Oh my God, I don’t know how you do it,” she groaned with appreciation.

They ate in companionable silence for a minute just enjoying the comfort of good food and good company.

“How long’s Robert gone for?” Violet asked around her bite of pizza.

Everleigh look a small sip of wine before answering. “Just over a month.” She paused to gather her hair up into a loose bun. “He’s trying to get all of his business there wrapped up in one fell swoop. I think he’s hoping not to leave any loose ends because after we get married, he does not want to have
to travel so far again.”

Violet wiped her mouth with a napkin. “That sounds promising. Do you think you will be all right with him gone so long?” Worry tugged at her mind knowing how flighty her friend could get when in creation mode. She was an artist through and through and when she immersed herself into a project, she was lost to this world until she finished it. Violet knew Robert was the rock that kept Everleigh grounded to the world around her. This was where the DD came in. They used it as a tool in their relationship, and this was one of the areas it covered. From what Violet understood, they set up some rules and expectations that they both wanted in their relationship and daily lives. Robert kept Everleigh accountable for her part of things. One of those things happened to be staying connected to the world around her. Ever had a habit of forgetting to eat, sleep, and any other necessities involved in life when she was swept up in a project.

If it kept her friend happy and healthy, Violet had no issue. In fact, she was pretty sure it was the spanking that added the extra pizzazz and closeness of their relationship. Everleigh was happier than she had ever seen.

Her best friend had always had a thing for the alpha types. She had always loved being pulled into the presence of a commanding man who made her his priority of focus.

Violet had to admit it was intoxicating to be held in the focus of a man like Robert. She was no stranger to that feeling of being completely consumed. Her ex had been just like that for her. Meeting him just as she was transitioning from high school to college, he made every cell of her body sing. There was this yin and yang about him that both settled her and made her feel more alive than she had ever been. John had been a little feral, a little authoritative, and a lot alpha. He called up something inside of her that needed to be completely possessed by him. God, she missed that!

Sighing, Violet shook herself out of her reverie. Her independent nature was too at odds with a relationship like that. Her mom had nipped that relationship in the bud before it had gone too far. Something like that could be great for Ever, but not for her. She remembered how horrified her mother had been when she found out that Violet had been “letting someone else tell her what to do, and a man at that” after she overheard them talking one day. She was sure her mom had picked up on the vibe between them as well. She was not going to let any daughter of hers submit to a man. The Harris ladies were strong women who made their own way in the world. The world bowed to them, not the other way around. Working hard to meet both her mom’s expectations and her own, she graduated college with her MBA landing a job in business mergers and acquisitions within a week from graduation. She knew her mother was right; yet she spent many of nights yearning for just that. The world around her snapped back into focus as Everleigh answered her question.

“I think it will be okay.” She nodded. “I wasn’t sure at all at first,” Everleigh confessed, looking a little forlorn, “but we have a plan for while he’s away, and I think it’s going to work out just fine. I have great neighbors who will check in on me, plus you’re here,” she said with a smile and a wink.

“We have a schedule of nightly video chat sessions to stay connected and make sure I’m on track. To be honest, my plan is to stay as busy as possible the rest of the time,” she said with a sigh. Opting to change the subject, she asked with a mischievous look in her eye, “So when was the last time you
had a man in your bed?”

They stayed up late laughing, teasing, and catching up, not going to bed until the wee hours of the morning. 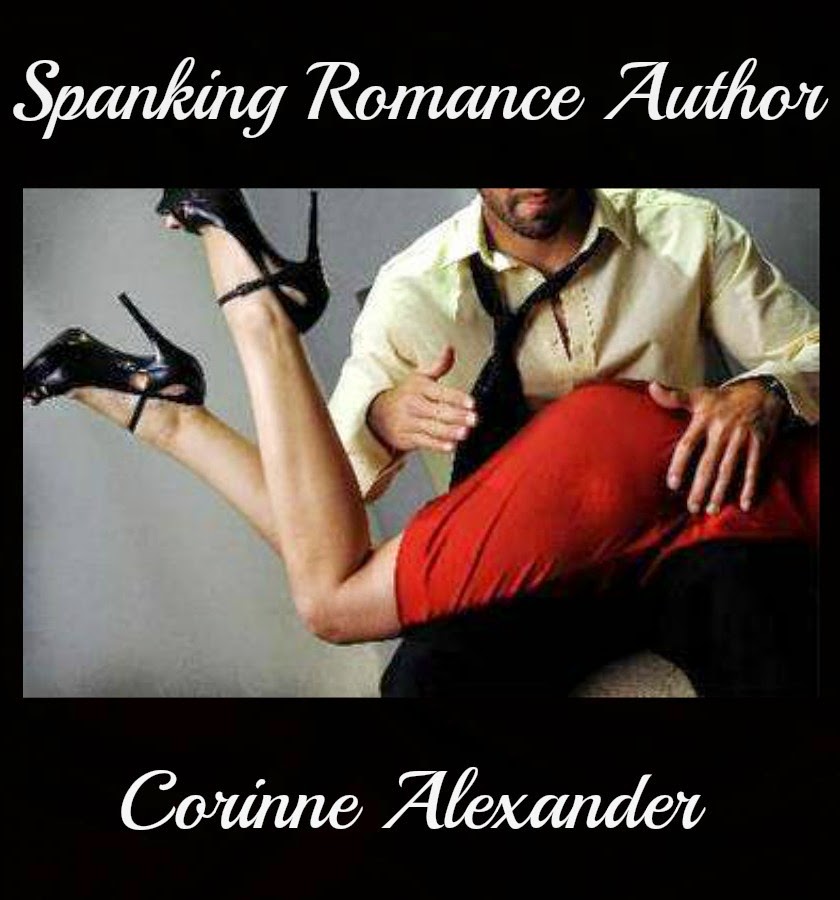