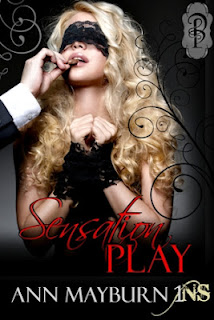 
Retired German cage fighter, Jonas Becker, has finally settled down in Las Vegas to open his own training center. A chance meeting with his dream woman at a charity ball leads him to hanging out at her favorite coffee shop where he overhears the perfect opportunity to win her over. One orgasm at a time. Erica Alman is sick of her overprotective older brother's ruining her love life, especially after they chased away that amazing mystery man that she had danced with a the charity ball six months ago. With the help of her best friend, she signs up with the 1 Night Stand dating service. Her request is simple. She wants a dangerous, rough man to fake break into her hotel room at the Castillo resort and force her to have multiple orgasms. Oh, and she wants the man to be big, bald, and have a German accent, just like Jonas. Using every ounce of his skill as an experienced Dom, Jonas hopes to win Erica over before the night ends. He can only hope that the pleasure he can bring her will make the beautiful woman look past his scarred and battered exterior to the man within who can give her sensations like no other.

Erica perched on the edge of the hotel bed at the Castillo Resort and played with the small silver pendant that lay in the hollow of her throat. To the casual eye, it looked like a piece of jewelry any woman might wear, but if she pressed on the front and back at the same time, it would set off a silent alarm. Madame Eve had left a package at the front counter when she checked in and the note inside let her know that if she found herself in a situation she didn’t want to be in, all she had to do was press the button and hotel security would be there in an instant.


As if she wasn’t nervous enough about this blind date. Oh, he had passed the same rigorous background check that she had, but that didn’t ease her jitters. While the necklace provided a sense of security, her over active imagination still conjured up scenes in which pressing the button wouldn’t save her. Her tension ratcheted up again and she struggled to remain calm. She hadn’t spent four hours shopping for lingerie to sweat through it before they even met.


A quick glance at the massive chrome and steel mirror that hung over the gas fireplace confirmed that at least her body looked ready for sex even as her mind went into hyper spazz mode. Covered by a sheer black robe, a black lace nightie clung to her generous breasts and flared around her waist, falling to mid-thigh. As if that wasn’t scandalous enough, she’d tied thick, black lace ribbons around her wrists and ankles, looping the ends into bows, a silent invitation to her blind date to tie her up. At least that’s what Lara, an experienced Domme, had said.


The phone rang, making her reflection in the mirror jump so high she couldn’t help but laugh at herself. She looked like one of those cartoon cats clinging to the ceiling. The laughter helped chase away her nerves and she managed to answer the phone without having a heart attack. “Hello?”


A man’s voice, deep and thick with a deliciously rough accent rumbled into her ear. “Good evening, Erica. My name is Jonas and I am your date.”


Her whole body buzzed with a rush of hormones. Accents always turned her on and made her weak in the knees. “Hi, Jonas.” She mentally scrambled, trying to figure out what to say to a man who would soon stage a fake break-in to her hotel room and role-play a forced seduction scene with her.

“I’m ready whenever you are.”

My addiction to this series was defiantly feed with Sensation Play. This is such a sexy, sweet and emotional story.

Erica has very over protective brothers that take things to an insane level when it comes to her dating. When she meets a handsome man that fascinates here at a charity event her brother intercedes and the mystery man disappears.

Jonas, is a retired fighter and Dom. He held his dream woman in his arms for a brief moment at a charity ball before she was whisked away. He's longs to bring her amazing pleasure, one sensation at a time.

This story kept glued to my kindle, wondering what will happen next.

I give Sensation Play 4 out of 5 Stars! 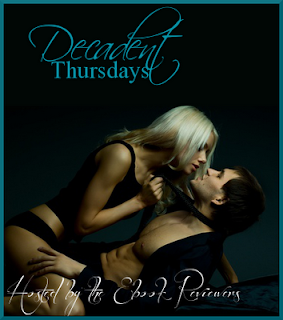